The field of horology has seen many collaborations between famous carmakers and watchmakers over the years, resulting in some of the world’s finest and most desirable timepieces being made. 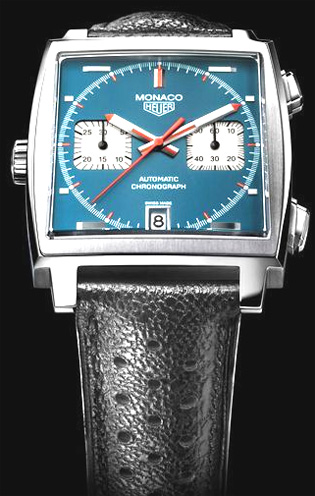 Perhaps the most famous auto racing watch is the TAG Heuer Monaco issued in 1969 and made famous by the film, Le Mans. In the film, which is still highly-regarded by racing fans and film buffs alike, actor Steve McQueen was one of the watches and a racing suit embroidered with the famed “Chronograph Heuer” crest. The watch had a design inspired by the engine of his Porsche 917 and bore the inscription, “Monaco 24” in honour of the 24-hour race. It featured TAG Heuer’s Calibre 11 movement, the first automatic micro-winding chronograph movement, and it was the first chronograph watch with a square case.

Even if it hadn’t appeared in the movie, the Porsche 917 would occupy an honoured place in the history of auto racing. It is still famed for its high speeds and power output, reaching 62 mph in only 2.3 seconds with a top speed of more than 240 mph. It won at Le Mans in 1970 and 1971 and evolved through several more models including the turbocharger Can-Am series. 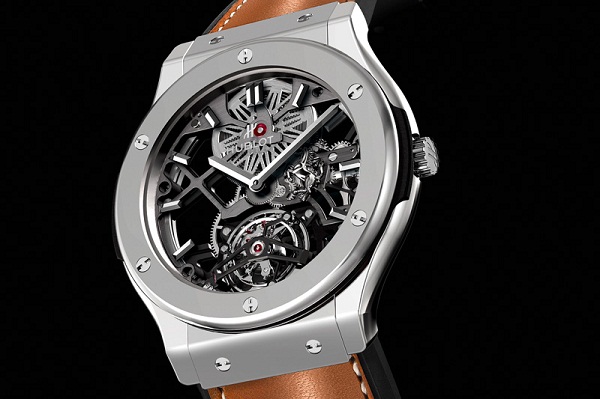 Hublot Watches have enjoyed a long association with the Ferrari auto company. This relationship was recently commemorated by the issue of a Hublot limited edition watch honouring Ferrari’s classic 250 GTO. The 45 millimetre titanium watch has rounded lines to match the look of the 250 GTO. The resemblance to an auto engine is enhanced by a skeletonized dial showing the turbulent and the barrel drum. The drum has a shape reminiscent of the wheel rim of the 250 GTO.

The 250 GTO was produced from 1962 to 1964. It was the first car to feature the five-speed metal gate gearbox that is still seen on Ferraris, and it was one of the last top-level racing cars with a front engine. The 250 GTO ranked eighth on Sports Car International’s list of Top Sports Cars of the 1960s and was included in Motor Trend Classics’ list of the Greatest Ferraris of all Time. In May 2012, a 1962 250 GTO sold for $35 million, making it the most expensive car in the world. 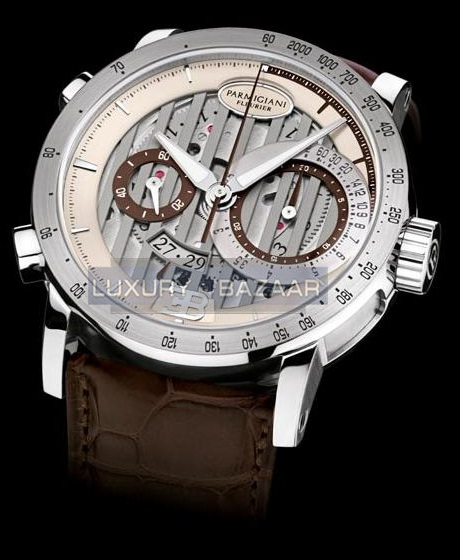 The collaboration between watchmaker Parmigiani Fleurier and auto maker Bugatti has produced a car and a watch that share the same name: Bugatti Centenaire. When it came on the market in 2005, the Bugatti Centenaire automobile was the fastest street-legal production car in the world. With 1,020 metric horsepower and 1,250 Newton meters of torque, it is capable of speeds as high as 253 mph. When the car is approaching top speed, a wing deploys to hold it down. Without this, the car would leave the road.

The watch called Bugatti Centenaire from Parmigiani Fleurier is as innovative and striking as its automotive counterpart. This was the first watch with a transversely positioned movement, meaning that the movement uses rods rather than circular gears. This mechanism is intended to imitate the pistons of the car’s engine. The rounded, hand-engraved case is reminiscent of the car’s sleek look.

The Bentley Barnato from Breitling is a watch created in honour of the automaker’s distinguished accomplishments in the Le Mans race in the 1920s. It is a superb sports watch matching the look and precision of Bentley automobiles. The robust 42 millimetre case is stainless steel with tapered strap lugs. The large, clear hour markers are steel, and the broad hands are luminous. This is a chronograph with two counter dials, a small second hand and a date window. 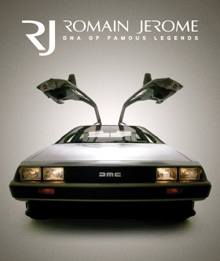 Romain Jerome Watches have announced the upcoming release of a watch in collaboration with the DeLorean Motor Company. This watchmaker creates its unique pieces by obtaining material from famous locations and using them to make watches. For instance, its Moon Invader series uses actual moon dust and tiny pieces of spacecraft in each watch. The company has recently entered into an agreement with DeLorean to obtain metal from the original DeLorean DMC-12 used as the time machine in theBack to the Future films. With its futuristic look and cutting-edge technology, the car delighted viewers and became a legend in both auto design and filmmaking. Its flat, road-hugging shape and upward-opening doors make it one of the most appealing cars of all time. More than just a movie prop, this is truly the car of the future and a legend among auto and film buffs alike.

The collaboration has led to the design of the DeLorean DNA Watch, a timepiece with a look and a gadget appeal similar to the car. Romain Jerome is being closed-lipped about details in hopes of saving the drama for the official release, but this promises to rival any of their previous creations.

View all articles by admin